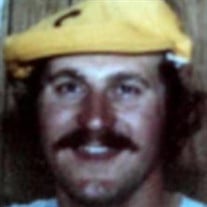 Gene Charles Will, 68, of Greenwood, Arkansas, passed away on Sunday, December 18, 2021 at St. Edwards Hospital in Ft. Smith, Arkansas. Gene was born July 13, 1953 in Evansville to the late Walter and Mathilda (Hoffmann) Will. At 8 years old at his cousin, Urban Koester’s barn dance, Gene had trouble standing and moving. In the following days, Gene was diagnosed with polio. It was just one year prior to the vaccine. Gene lost all the strength in his left leg but he developed amazing upper body strength. Gene grew up on his father’s farms, in the coal mines and oil fields. He helped clear 600 acres of woods on Bull Island. Working sun up to sun down, Gene never had time to sit in a wheelchair. In 1973, Gene graduated in the top of his class at ITT Technical School in electronics. If Gene wasn’t working his friends and cousins kept him busy djing music and arm wrestling. Gene was the light weight arm wrestling champion of Indiana. His cousin, the late Larry Koester, the king of tractor pulls, was his coach and promoter. Gene owned and operated a heavy machinery mechanical company in Arkansas. In 1988, with Gene’s ability, they secured a contract with Farrell-Cooper Mining, the largest mining company in Oklahoma, to rebuild their locomotive engines and their entire fleet of heavy equipment. During his time working for Farrell-Cooper Mining, he met with Reba McEntire often while working on heavy equipment on her ranch. He was also fortunate enough to fly on Arnold Palmer’s Lear jet. Surviving Gene are his children, Melissa Frame, Michael Will and Clay Will; one sister, Margie (Les) Quates three brothers, Larry (Sharon) Will, Leo Will and Kenny (Michele) Will and several grandchildren. The family would like to thank the people of St. Wendel for always loving Gene. Memorial contributions may be made to St. Wendel Catholic School, 4725 St. Wendel Cynthiana Road, Wadesville, IN 47638. Condolences may be made online at www.pierrefuneralhome.com.

Gene Charles Will, 68, of Greenwood, Arkansas, passed away on Sunday, December 18, 2021 at St. Edwards Hospital in Ft. Smith, Arkansas. Gene was born July 13, 1953 in Evansville to the late Walter and Mathilda (Hoffmann) Will. At 8 years old... View Obituary & Service Information

The family of Gene Charles Will created this Life Tributes page to make it easy to share your memories.

Gene Charles Will, 68, of Greenwood, Arkansas, passed away on...