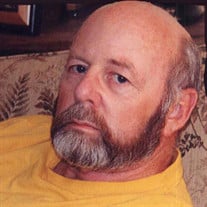 George Donald Whitfield, 78, of Evansville, passed away Saturday, May 7, 2022 at Deaconess Hospital Gateway Campus. George was born April 27, 1944 in Evansville to the late John E. and Sarah Jane (Whitehead) Whitfield. He was a 1962 graduate of FJ Reitz High School, where he played football, ran track and was a member of the wrestling team. George attended Valparaiso University after high school and transferred to the University of Evansville two years later. He was instrumental in starting the women’s softball league in Indiana at a time when women’s sports were not respected or appreciated. For most of his adult life, George volunteered with different softball programs and wrestling teams. He also volunteered at the libraries of ECS and currently Stockwell School. George enjoyed his time with the children, working with books and sharing their history. George was such a loving husband, parent, grandparent and great grandparent. Surviving are his wife of 58 years, Sara; son, Scott Allen (Christina) Whitfield of Boonville; daughter, Michele M. Whitfield of Evansville; grandchildren, Shawn Adam Whitfield of Chicago, IL, Samantha Dawn Whitfield of Evansville, Alexia Marie Wallace (Caleb) Johnson and Paris Renae Wallace, both of Evansville; and great grandchildren, Molly Amelia Whitfield of Chicago and Adalynn Dersch of Evansville. Also surviving George are a sister, Cathy (Tim) Hesse; an aunt, Anne Nicholson; nieces, nephews and related by love, Chris Wallace, Kayla Schmidt, Karsyn and Oakley Jo, Randelynn Wallace and Brilliance, all of Evansville. Funeral services for George will be held at 3:00 PM on Sunday, May 15, 2022 at Pierre Funeral Home, Rev. Gene Backes officiating. Friends may visit with the family from 1:00 PM until service time on Sunday at Pierre Funeral Home. Memorial contributions may be made to the Stockwell School Library, 2501 N. Stockwell Road, Evansville, IN 47715. Condolences may be made online at www.pierrefuneralhome.com.

George Donald Whitfield, 78, of Evansville, passed away Saturday, May 7, 2022 at Deaconess Hospital Gateway Campus. George was born April 27, 1944 in Evansville to the late John E. and Sarah Jane (Whitehead) Whitfield. He was a 1962 graduate... View Obituary & Service Information

The family of George D. Whitfield created this Life Tributes page to make it easy to share your memories.

Send flowers to the Whitfield family.