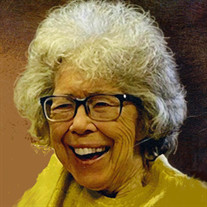 Jacqueline J. “Jackie” Patten (nee Stotts), 87, of Newburgh, passed into the arms of her Savior on Thursday, April 29, 2021 at her home where she had been fighting a battle with Parkinson’s disease and dementia for several years. Jackie was born January 10, 1934 in St. Louis, MO to the late Kenneth and Mildred (Perry) Stotts. After high school she started working for the F.B.I. in Washington, D.C. she returned to Washington, Indiana and fell in love with and married Joe Cannon. His job took them to Evansville where she worked as a surgical technician for over 25 years at Welborn Hospital and later in the Business Affairs office at the University of Southern Indiana where they were active members of the Varsity Club. She also volunteered at the Evansville Christian Life Center. She was a former member of Corpus Christi Catholic Church, a current member of St. John the Baptist Catholic Church, member of the Surgical Technician’s Association and the USI Varsity Club. Jackie was an animal lover. Joe died of heart problems in 2001 and Jackie was introduced to Bob Patten through mutual friends; they were married in February of 2005. Surviving Jackie are her husband of 16 years, Robert C. Patten; two daughters, Cindy Smith (Scott) of Raleigh, NC and Kathy Cannon of Dale, IN; three sons, Peter Cannon (Jenny), Patrick Cannon (Lisa) of Rockport, IN and Matthew Cannon (Lisa) of Evansville; Grandsons; Joe Cannon of Columbus, OH, Luke Cannon of Boonville, IN, Steven and Andy Smith (Camille) of Raleigh, NC and Dan Cannon (Katie) of Evansville, IN. Granddaughters, April Cannon of Lexington, Ky, Hannah Cannon and Brianna Sanders (DeMario) of Evansville and Ali Johnson (Andrew) of Newburgh, IN. Also surviving are great grandchildren Jase and June Johnson. Jackie attended St. John’s Church in Newburgh and also went with Bob to Bethel Church in Evansville. Her faith was very strong and prayer was a part of her daily living. Her smile would light up the room and was a reason that her friends from previous years would always recognize her. Bob and Jackie attended all USI home games and were regulars at the Coach’s radio show at Turoni’s. They enjoyed going to the fitness center, playing Free Cell, vacationing in time shares and loving each other for many years. As Jackie’s health deteriorated Bob became her faithful care-giver as well as loving companion. Jackie enjoyed being a part of Bob’s Donut Bank buddies and often handed out as much as she received, being the only female in the group. One of her greatest joys was visiting with her family at the frequent Cannon family get-togethers, especially when she got to hold her new great grandchildren and watch her grandchildren grow, get married and be successful in life. The Cannon family regularly poured their love on their matriarch. According to Jackie’s wishes there will be no public visitation or funeral services. Memorial contributions may be made to the Evansville Christian Life Center, 509 S. Kentucky Ave. Evansville, IN 47714 or Parkinson’s Foundation P.O. Box 6003, Albert Lea, MN. 56007 Pierre Funeral Home is assisting the family with arrangements. Condolences may be made online at www.pierrefuneralhome.com.

Jacqueline J. &#8220;Jackie&#8221; Patten (nee Stotts), 87, of Newburgh, passed into the arms of her Savior on Thursday, April 29, 2021 at her home where she had been fighting a battle with Parkinson&#8217;s disease and dementia for several... View Obituary & Service Information

The family of Jacqueline (Cannon) Patten created this Life Tributes page to make it easy to share your memories.

Send flowers to the Patten family.