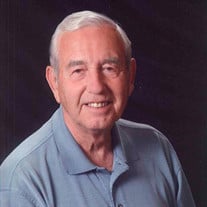 Joseph L. Hatfield, 82, of Evansville, went home to be with the Lord on Monday, March 8, 2021 at Deaconess Hospital Midtown Campus. Joe was born December 18, 1938 in Evansville to the late Paul and Margaret (Buckman) Hatfield. He was a 1956 graduate of Mater Dei High School and an active member of St. Agnes Catholic Church and St. Boniface Catholic Church. Joe served his country in the United States Marine Corps from 1956 to 1960 and in the United States Air Force as a radar mechanic from 1962 to 1965. He worked for Indiana Bell Telephone from 1967 to 1999 and after retiring from Indiana Bell, worked for Paragon Promotions from 2004 to 2018. Joe was also a member of the USI Varsity Club and the Riverbend Association. He volunteered his time with AARP helping people prepare their taxes from 2013 to 2019 and also in the Fall Festival Booth for the USI Varsity Club as well as several other organizations. Joe was also an adventurer and enjoyed traveling across the country to visit family, attending air shows, camping out in his Explorer and cooking for his family. Joe was also a man with a large personality; he shared funny videos with family and friends, performed card and magic tricks; wrote poems and stories and toured the world via YouTube. He enjoyed playing golf with his son Tom, always walking rather than riding. He was lovingly known as “Joe Mac Dokes” and “Jody”. Surviving Joe are his wife of 54 years, Sandy (Schutte) Hatfield; daughters, Lynn (Chuck) Alvey, Lisa (Ken) Owens and Lara (Brandon) O’Bryan; one son, Tom (Melissa) Hatfield; sister, Rita Ritchie; two brothers, Chuck and Denny Hatfield; grandchildren, Samantha (Jon) Shoptaw, C.J. Alvey, Noah (Hannah) Alvey, Jacob Hatfield, Elijah Hatfield, Abby (James) Haskett, Nicholas Hatfield, Keo Owens, Reed O’Bryan, Ryder O’Bryan and Anna O’Bryan; two great grandchildren, Evie and Owen Shoptaw and step grandchildren, Brooklyn and Samantha Daugherty and Nikolos (Megan) Biber. Joe is also survived by many sisters-in-law and brothers-in-law. He adored his family and they all adored him in return. There will be a Mass of Christian Burial held at 10:00 AM on Monday, March 15, 2021 at St. Boniface Catholic Church, Rev. John Brosmer officiating. Friends may visit with the family from 1:00 until 6:00 PM on Sunday at Pierre Funeral Home, 2601 W. Franklin Street where there will be a memorial service conducted by the church at 5:00 PM. Friends may also visit with the family from 9:30 AM until service time on Monday at St. Boniface Church. Memorial contributions may be made to St. Boniface Catholic Parish. Donations may be mailed to the St. Boniface Parish Office at 1600 Glendale Ave, Evansville, IN 47712. Condolences may be made online at www.pierrefuneralhome.com.

Joseph L. Hatfield, 82, of Evansville, went home to be with the Lord on Monday, March 8, 2021 at Deaconess Hospital Midtown Campus. Joe was born December 18, 1938 in Evansville to the late Paul and Margaret (Buckman) Hatfield. He was a 1956... View Obituary & Service Information

The family of Joseph L. Hatfield created this Life Tributes page to make it easy to share your memories.

Send flowers to the Hatfield family.