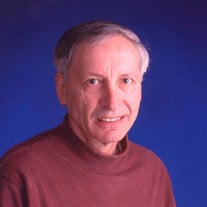 Lawrence L. “Larry” Mills, 82, of Evansville, passed away Monday, August 30, 2021 at the Walnut Creek Alzheimer’s Special Care Center. Larry was born May 24, 1939 in Pulaski, WI and preceded in death by his parents, Lyle Bruce and Athlie Mills. He worked as a mechanical engineer for General Tire and Rubber before retiring from Gencorp. Larry played the bass guitar and was a member of The Wyld’s in the 1960’s and 1970’s. He enjoyed tinkering, airplanes, old cars, playing cards and spending time with family and friends. Surviving Larry are his daughter, Jacklyn (Beau) Buente of Mt. Vernon, IN; son, Jason Mills of Indianapolis, IN; his former wife and the mother of his children, Mary Mills of Evansville; two grandchildren, Cooper and Kennedy Buente and three brothers, Jim Mills of Krakow, WI, Roger Mills of Lancaster, CA and Leon (Sue) Mills of Clintonville, WI. Funeral services for Larry will be held at 10:00 AM on Thursday, September 2, 2021 at Pierre Funeral Home, Rev. Jerry Pratt officiating. Entombment will follow in St. Joseph Catholic Cemetery. Friends may visit with the family from 4:00 until 8:00 PM on Wednesday at Pierre Funeral Home, 2601 W. Franklin Street. In lieu of flowers, memorial contributions may be made to the Alzheimer’s Association. Condolences may be made online at www.pierrefuneralhome.com.

The family of Lawrence L. Mills created this Life Tributes page to make it easy to share your memories.

Send flowers to the Mills family.