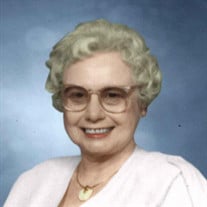 Loretta Zygmunt was born on July 30, 1923 in Newark, Illinois to Silas and Clara Fatland. Loretta’s parents were hard working dairy farmers and she was raised in rural Illinois attending one-room elementary schools. On entering high school, she attended Joliet Township High School where she was active in music and elected to the National Honor Society. She later attended Joliet Junior College and worked for the war effort as a secretary for the Kankakee Ordinance works. She attended the University of Illinois majoring in Bacteriology. She graduated with highest honors, with her name engraved on the bronze tablet, and she was elected to Phi Beta Kappa and Psi Chi. After receiving her masters’ degree from the University of Illinois, she was employed by Kraft Foods in Glenview Illinois, and she married Walter Zygmunt of Calumet City on March 8, 1952. The couple then moved to Elizabeth, NJ where Walter was employed by Merck Pharmaceuticals. The couple relocated to Evansville, Indiana after Walter obtained employment with Mead Johnson and Company, which merged to Bristol Myers and Squibb. Loretta raised two children Roger and Debbie of Missouri City, Texas. Loretta was active in the PTA while her children were attending Highland Elementary School as well as North and Central High Schools in Evansville, Indiana. Loretta was employed at the Evansville Day School as a science teacher and the Evansville Vanderburgh School Corporation where she served as homebound teacher for seventeen years. Loretta also was active in the community with membership in the American Association of University Women, where she was acknowledged as a fifty year honorary member, the Evansville Literacy Coalition, the Evansville Goodwill Auxiliary and the Evansville Philharmonic Guild where she enjoyed serving as an usher for the Youth Concerts. Loretta was an active member of the Salem United Methodist Church where she was active in the English Handbell Choir, the Bible Study Group, and the Bell Tower Social Club. Several scholarships were established at the University of Illinois, Purdue University, University of Southern Indiana in the Schools of Science and Music and Indiana University School of Music in the names of Walter and Loretta. She was a member of the Bronze Circle at University of Illinois College of Liberal Arts and Science and a member of the Centuria Circle at the University of Illinois Foundation, the President’s Council Gateway Club and the Ag Round Table Club at Purdue University along with the Presidents Circle and the Dean’s Council at Indiana University. She is a Perpetual Member of the Presidents Associates at University of Southern Indiana. Loretta also established a fund at the Vanderburgh Community Foundation and a member of the Women’s Advisory Board. Loretta and Deborah contributed funds for projects in Southwestern Indiana to the Nature Conservancy and she was a member of the Cypress Society. She also contributed to the Campaign for a Sustainable Indiana Fund for the Conservancy in memory of her late husband Walter. Friends may visit with the family on Thursday March 12, 2020 at 10:00 AM at Salem United Methodist Church, 6311 Kratzville Road, where funeral services will begin at 11:00 AM, Rev. Bessie Adams officiating. Burial will follow in Alexander Memorial Park Cemetery. There will be a luncheon held immediately following the cemetery services at Salem United Methodist Church. Memorial contributions may be made to the Evansville Philharmonic Orchestra, PO Box 84, Evansville, IN 47701-0084. Condolences may be made online at www.pierrefuneralhome.com.

The family of Loretta M. Zygmunt created this Life Tributes page to make it easy to share your memories.

Send flowers to the Zygmunt family.