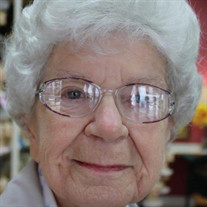 Maxine Faye Ginger, 91 of Evansville passed away peacefully on Saturday, June 6, 2020 at Bell Oaks Place in Newburgh. Maxine was known to most of her adult friends and co-workers as "Mac", but to us she was Mom, to her grandchildren she was Grandma Ginger, and to her great grandchildren she was "GiGi". Maxine graduated from Central High School in 1947 and was a wife and a mother of 3 children. She was involved in politics in the Evansville area and held multiple positions in government offices. She worked the Polls at election time and she enjoyed walking the precincts and knocking on doors to generate backing for the candidates. She made life-long friends and was first employed at the Old Courthouse and later the then "new" Downtown Civic Center. One of her last positions prior to her retirement was Chief Deputy of the Knight Township Assessor's Office. She had a funny tradition that was not planned but she would somehow always end up fixing a grand dinner of beef chow-mein every year when the Wizard of Oz was broadcast and we enjoyed the dinner so much....just so ironic that she always did that when the Wizard was on TV. Maxine loved to bowl, play bunco, solitaire, watch movies and boat with family and be on the Ohio River (especially for quiet and slow rides after sunset! She loved playing cards for hours with her grandchildren and great grandchildren. Maxine loved her long-time neighbors and the entire family would like to thank all each and every one of you for being such great friends and neighbors! Maxine is preceded in death by her husband and the love of her life, James Donald Ginger Sr., her parents; Earl Brand and Pet (Miller) Brand and a brother; Earl Brand Jr whom she had never met (until her death). She is survived by her loving sister; Suzanne Ashley (Riverside, CA), daughter; Linda "Lin" (Ginger) McClain and husband, Dr. Albert W McClain (Evansville), son; Dr James D. Ginger Sr. and wife Laurie Owens (South Carolina) and son; Michael Allen Ginger and wife Sherry (Festus, MO). In addition she is survived by 8 grandchildren; Trevor Helmer, Indiana State Police District Investigative Commander (Tracy) of Newburgh, Wade Helmer (Andrea) of Evansville, Master Corporal Shawn Helmer (Tampa), Jody Ginger (Katy) Texas, Sgt. Amy Ginger (Dallas), Matt Ginger (Amy) of Arnold, MO, Jacob Ginger (Laura of Festus, MO, and Kaitlyn Owens (South Carolina). She is also survived by several great grandchildren; Brandon Helmer (Julia Foster) of Evansville, Dylan Helmer (Sarah Mullis) of Bloomington, Reed Helmer and Rylie Ginger of Evansville, Conor Ginger and Leahana Ginger of Arnold, MO, Levi Ginger and Lila Ginger (Festus). In addition she is survived by nieces and nephews; David Ashley (Jennie)of Riverside, CA, nieces; Cindy Ashley Bosley (Marc) of Owensboro, Elizabeth Ashley Ostoich (Mark) of Palm Springs, Karen Ginger Nelson (John) of Jacksonville, AL, Ken Ginger (Mary) of St. Joseph, Michigan, Rhonda Ginger, Samantha Ginger Groves of Mt. Vernon, IN; a cousin, Jerry and his wife, Phyllis Schreiber (Evansville); great nieces and nephews; Shawn Ashley (Sarah) Mareno Valley, CA, Tyler Bianco (California), and Zachary Bianco (Nashville), and last but not least her dearest love of all times; Sammy (her Bichon who is presently being cared for and adopted by Dylan Helmer and Sarah Mullis). Funeral services for Maxine will be held at 10:00 AM on Wednesday, June 17, 2020 at Pierre Funeral Home, Rev. Gene Backes officiating. Entombment will follow in Memorial Park Cemetery. Friends may visit with the family from 3:00 until 7:00 PM on Tuesday at Pierre Funeral Home, 2601 W. Franklin Street. Thank you to everyone at Bell Oaks Place that kept Maxine safe during the Covid-19 Virus epidemic and took such great care of her for over a year. Thank you for your loving care and concern. The entire family is so appreciative and it meant so much to us! Condolences may be made online at www.pierrefuneralhome.com.

Maxine Faye Ginger, 91 of Evansville passed away peacefully on Saturday, June 6, 2020 at Bell Oaks Place in Newburgh. Maxine was known to most of her adult friends and co-workers as "Mac", but to us she was Mom, to her grandchildren she was... View Obituary & Service Information

The family of Maxine Faye Ginger created this Life Tributes page to make it easy to share your memories.

Maxine Faye Ginger, 91 of Evansville passed away peacefully on...

Send flowers to the Ginger family.