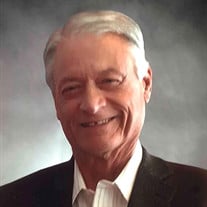 Melvin “Mel” Gillenwater was born on May 14, 1948, to the late William and Margaret Gillenwater in McLeansboro, Illinois. Mel was a 1966 graduate of Mount Vernon Senior High School, and later went on to establish and grow a successful commercial real estate development company in Evansville, Indiana. Melvin was a highly decorated United States Army Veteran who served honorably in the Vietnam War. In 1969, he received multiple bronze stars and the Purple Heart. Melvin’s personal heroism, professional competence, and devotion to duty were in the highest traditions of the military service, the Americal Division, and the United States Army. “So long as I am not sleeping in the mud, and no one is shooting at me, life is pretty good” was a common phrase that summed up his outlook on life. He returned to Mt. Vernon, began working at Engineers Associates, and purchased an Emerald Green, 1970 Chevy Chevelle SS that spent more time in the body shop than on the road. He loved that car; it was one that he always wished he’d held on to. In 1970 he married his best friend and wife of 48 years, until Mary Ann preceded him in life’s journey. Mel and Mary had one daughter, Melannie, to which they devoted their lives. As time passed, Mel’s drive and ambition led to many business opportunities including The Carpet & Light Gallery in Mount Vernon, and ultimately the family business that is Melmar Properties. Outside of work, Mel’s greatest joy was spending time with his grandson, Barrett, sneaking away for lunch, golf, or cruising around town. Mel and Mary never missed a swim meet or event during the summer, then joined their friends in Florida over the winter months to discuss who really had the best grandson. As Florida residents he and Mary established great neighborhood friends with whom they enjoyed golf and other activities, but always devoted time to organizations including The Combat Infantry Association and Military Order of the Purple Heart, which directly support veterans and their families. Mel was a lifetime member and former Commander of the American Legion Post #5, VFW Post 114, AMVETS and Disabled American Veterans. He made a difference in many lives by making time for them and setting an example through his own actions. Mel is survived by his daughter and son-in-law, Melannie and Brian Hutchinson of Newburgh, IN; grandson, Barrett Hutchinson; brothers, Randall Gillenwater (Lana), Daniel Gillenwater (Tammy), William Gillenwater (Muriel); sisters, Elaine Bebout (Billy), June Zimmerman (Robert), and Julie Blanford (Robert); brother-in-arms, Max Loffgren, sister-in-law, Janis Boyer; along with many beloved nieces, nephews, and close friends. Friends may visit with the family from 4:00 PM until 6:00 PM on Friday, November 5, 2021, at Pierre Funeral Home, 2601 W. Franklin Street, Evansville, IN 47712 where there will be a memorial service beginning at 6:00 PM. A military service and entombment will be held at Alexander Memorial Park in Evansville on Saturday, November 6, 2021, at 11:30 AM. In lieu of flowers, contributions may be made to Riley Children’s Foundation, 30 S. Meridian St., Ste. 200, Indianapolis, IN 46204-3509 and Combat Infantry Association, 1418 W. Northfield Blvd., Murfreesboro, TN 21129. Messages of prayer, memories and condolences may be made online at www.pierrefuneralhome.com.

Melvin &#8220;Mel&#8221; Gillenwater was born on May 14, 1948, to the late William and Margaret Gillenwater in McLeansboro, Illinois. Mel was a 1966 graduate of Mount Vernon Senior High School, and later went on to establish and grow a successful... View Obituary & Service Information

The family of Melvin C. Gillenwater created this Life Tributes page to make it easy to share your memories.

Send flowers to the Gillenwater family.