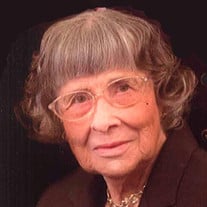 Rita Margaret Neumann, 96, of Evansville, passed away Wednesday, June 8, 2022 at Deaconess Hospital Midtown Campus. Rita was born November 17, 1925 in Evansville to the late John and Martha (Berendes) Herrmann. She was a graduate of FJ Reitz High School and worked for Fendrich Cigar Company and later for Bristol Myers for over thirty years before retiring. She was a founding member of Resurrection Catholic Church and a member of VFW Post 1114 Ladies Auxiliary. Rita was a very hard worker, keeping an immaculate house. She enjoyed playing cards and Bunco, reading, yardwork and gardening. On April 7, 1956, Rita married the love of her life, Clarence Neumann. They were married for 54 years before his passing in 2010. She will be fondly remembered for her kind, sweet personality and her independent nature, having lived by herself until just recently. Surviving Rita are a sister, Arlene (Robert, deceased) Epley of Evansville as well as many nieces and nephews. In addition to her parents, Rita was preceded in death by her husband Clarence Neumann; by sisters, Mildred (Killian) Schenk and Gloria (Donald) Maxey and a brother, Eugene Herrmann who was killed in Korea. There will be a Mass of Christian Burial held at 10:00 AM on Monday, June 13, 2022 at Resurrection Catholic Church, Rev. Jerry Pratt officiating. Burial will follow in St. Joseph Catholic Cemetery. Friends may visit with the family from 1:00 until 4:00 PM on Sunday at Pierre Funeral Home, 2601 W. Franklin Street and from 9:30 AM until service time on Monday at Resurrection Catholic Church, 5301 New Harmony Road. In lieu of flowers, memorial contributions may be made to Resurrection Catholic Church, 5301 New Harmony Road, Evansville, IN 47720. Condolences may be made online at www.pierrefuneralhome.com.

Rita Margaret Neumann, 96, of Evansville, passed away Wednesday, June 8, 2022 at Deaconess Hospital Midtown Campus. Rita was born November 17, 1925 in Evansville to the late John and Martha (Berendes) Herrmann. She was a graduate of FJ Reitz... View Obituary & Service Information

The family of Rita Margaret Neumann created this Life Tributes page to make it easy to share your memories.

Send flowers to the Neumann family.