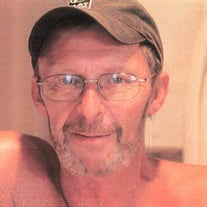 Stephen Ray Stewart passed away on February 3, 2022 in Evansville, IN at the age of 71. Steve’s beloved sense of humor is legendary in the Stewart family - he is sorely missed already. Steve was born in Evansville, IN on December 27, 1950 and attended Harrison High School. He worked and resided in Evansville for more than 70 years. Steve was a character! Always the comedian, he entertained family and friends at every gathering with his sharp wit and whipped up a nickname for everyone he met. He sang silly songs, loved old black and white films, holidays, antiques and a good recipe. A chef at heart, Steve enjoyed cooking, specifically grilling, and created a family heirloom – the top-secret Stewart Family BBQ sauce that inspired future generations of family cooks. Steve was a creative, private and gentle soul who made the room a littler funnier every time he entered it. Steve was a father, grandfather, brother and uncle and is survived by his two loving children: Kurt (Elizabeth) and Lindsey Stewart; his five grandchildren: Payton, Karter, Mady, Lauren, and Natalie Stewart; three close-knit brothers Terry, Charles “Chuck,” Richard “Dick” Stewart (Cheryl); former wife, JoNell Stewart; numerous adoring nieces and nephews and life-long friends. Steve was preceded in death by his father, Wilford “Bud” Stewart and his adoring mother, Dorothy Deig Stewart. Funeral services for Steve will be held at 2:00 PM on Saturday, February 12, 2022 at Pierre Funeral Home. Friends may visit with the family from 11:00 AM until service time on Saturday at Pierre Funeral Home, 2601 W. Franklin Street. Condolences may be made online at www.pierrefuneralhome.com.

Stephen Ray Stewart passed away on February 3, 2022 in Evansville, IN at the age of 71. Steve&#8217;s beloved sense of humor is legendary in the Stewart family - he is sorely missed already. Steve was born in Evansville, IN on December 27, 1950... View Obituary & Service Information

The family of Stephen R. Stewart created this Life Tributes page to make it easy to share your memories.

Stephen Ray Stewart passed away on February 3, 2022 in Evansville,...

Send flowers to the Stewart family.