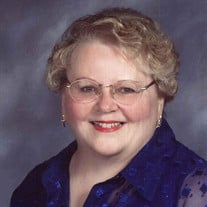 On the second day of October, 2020, Susan Loraine Wade, 68, of Evansville, passed away in Indianapolis, IN at St. Vincent Hospital. She was born in Detroit, MI on September 21, 1952. Her parents, Lester and Eulanda, welcomed Susan and her twin sister Callie, creating a family of six. After graduating from Lincoln High School in Warren, Michigan, Susan continued her education at Oakland City College in Indiana. Her teaching degree was in the area of Business. Susan began a career, however, as a legal secretary. Through the years she was employed by several legal firms. As the health of both parents began to fail, Susan became the caretaker of them in Michigan and later in her home in Newburgh. After their deaths, Susan became a substitute teacher in the North Spencer School Corporation where her twin sister taught. She enjoyed fooling some of the students when she substituted for her sister. The students often asked, “Are you the real Ms. Wade?” She would answer, “We both are!” A big part of Susan’s life was Crossroads Christian Church in Newburgh, IN where she was an active member for over ten years. She enjoyed being a member of the large choir. The friendships she made there have endured and were precious to her. Susan was an avid reader, often rereading her favorite novels. For years, she attended performances of Shakespeare’s plays in Anniston and Montgomery, Alabama. She also enjoyed plays at the Derby Dinner Playhouse in Clarksville, IN. She never missed an opportunity to travel. In Indiana, Susan is survived by her twin sister, Callie Wade. In Michigan, she is survived by one brother, James Wade and was preceded in death by a brother, Charles Wade. Also surviving are a niece, Pam Wade; nephew, Christopher Wade and many cousins throughout the United States. There will be a graveside service held on Tuesday, October 6, 2020, at St. Joseph Cemetery, 2500 Mesker Park Drive, in the mausoleum chapel. Pierre Funeral Home is assisting with arrangements. In lieu of flowers, contributions may be made in Susan’s name to the American Heart Association or to the American Diabetes Association. Condolences may be made online at www.pierrefuneralhome.com for those unable to attend.

On the second day of October, 2020, Susan Loraine Wade, 68, of Evansville, passed away in Indianapolis, IN at St. Vincent Hospital. She was born in Detroit, MI on September 21, 1952. Her parents, Lester and Eulanda, welcomed Susan and her twin... View Obituary & Service Information

The family of Susan L. Wade created this Life Tributes page to make it easy to share your memories.

Send flowers to the Wade family.