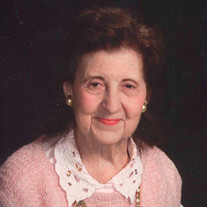 Vivian L. Rideout, 88, of Evansville, passed away Thursday, December 31, 2020 on what would have been she and her husband’s 69th wedding anniversary. Vivian was born June 2, 1932 in Evansville to the late Charles W. and Lorene C. (Matz) Parkinson. She was a lifetime resident of the westside of Evansville. In her younger years, Vivian worked at Franklin Drug Store Soda Fountain and Sears & Roebuck. She was a bookkeeper for Rideout’s Transmission Repair, the business she and her husband, Milton “Red” Rideout, Jr. started in 1952, until her retirement in 1995. She was a member of the Washington Avenue Church of Christ, where she and Red taught Sunday School. She loved to sing and sang for many weddings and funerals at the Westside Church of Christ, Bellemeade Church of Christ and Washington Avenue Church of Christ through the years. Vivian was a 1950 graduate of FJ Reitz High School where she sang in the school choir and tap danced for both school and social functions. She was a member of the Married Belles Homemakers Group and Vivian and her husband, Red, where also members of the Converted Motorcoach Club, Family Motorcoach and Good Sams. They traveled all over the country in an MCI motorcoach that they had converted themselves. They enjoyed traveling together, meeting new people and old friends. They also enjoyed dancing, square dancing and round dancing and were members of several dance clubs, including the Coterie Dance Club and Friday Night Dance Club. Surviving Vivian are two sons, David (Dawn) Rideout and Rick (Vicky) Rideout; grandchildren, Rodney Rideout, Kristopher (Bobbi) Rideout, Rusty (Jessica) Rideout and Rogy Rideout and great grandchildren, Kaylee Rideout, Ella Rideout and Reed Rideout. In addition to her parents, Vivian was preceded in death by her husband and love of her life, Milton “Red” Rideout, Jr. and by brothers, Charles J. and Jerry Parkinson. Due to the pandemic, visitation and funeral services will be private at Pierre Funeral Home. Burial will take place in Tupman Cemetery. Condolences may be made online at www.pierrefuneralhome.com.

Vivian L. Rideout, 88, of Evansville, passed away Thursday, December 31, 2020 on what would have been she and her husband&#8217;s 69th wedding anniversary. Vivian was born June 2, 1932 in Evansville to the late Charles W. and Lorene C. (Matz)... View Obituary & Service Information

The family of Vivian L. Rideout created this Life Tributes page to make it easy to share your memories.

Send flowers to the Rideout family.